Two weeks ago we celebrated our daughter, Jaicey’s, 14th birthday! It is pretty surreal having a 14-year-old daughter. The fact that when we talk to her we are looking eye-to-eye is…different. And actually my wife has to look up to her. She is growing physically, but also emotionally, mentally, and spiritually.

We are definitely in a new season of parenting. It’s exciting, scary, and sometimes we get a little nostalgic as we look back over the past 14 years. One thing’s for sure…we can’t go back. We are focusing on what’s in front of us now, and looking at what’s ahead.

When is the right time to introduce social media?

One thing we’ve been dealing with over the past year or two is her entering the world of social media and today’s tech. I know there are some parents who’ve allowed their kids to venture into social media well before becoming teens, or the “legal” age determined by Facebook and the other social networks. Our approach has been more conservative.

The “legal” age of Facebook, Twitter, or any other social network has had nothing to do with when we allow our kids to start. We wanted to base our decision on their level of maturity first and foremost. When she became mature enough and had the desire to use them, then we’d strongly consider.

That time has come. We’ve opened up the door for her to enter the social media world, with some guidance of course. She is pretty mature for her age, and pretty responsible. However, we understand she still needs plenty of guidance, safeguards, and protection.

I recently did a Reader Survey, and the results showed that a lot of my readers have kids between the ages of 11-14. Which means a lot of you are in or approaching this season as well. So, I wanted to share our approach and help you with how to safely and responsibliy introduce your kids to social media.

Determine if it is really needed or valuable

I told one of my blogger friends that our daughter is at the point where some of this is a need. She quickly responded back questioning whether Facebook was a “need.” I agreed with her, Facebook is not a “need” for her, and my using the word “need” was mainly in reference to having a cell phone, which we’ve allowed as well (although it’s a prepaid flip phone).

While Facebook is not a “need” we do see value in her having it. One reason is her grandparents are heavy Facebook users and it provides a fun way of them being able to stay in contact and share what is going on in her life. Another thing that we see as valuable is the opportunity to create a social footprint with guidance that will help her, not hurt her when she’s older.

I showed Jaicey how to set up a blog several months ago. She’s been blogging about once per month, and is now graduating to once per week. What we’ve learning from reading Jaicey’s blog, is she has a lot of good things going on, and is building quite a portfolio. This will be very valuable for her in the future, and while she doesn’t have many blog readers now, social media is a great way to share this. I spoke at a National Conference about social media last week and one of my main points was the fact that…

“social media will bring you to, or keep you from your next opportunity”

While this is not as crucial for teens, at some point it will be, and maybe more so in the future. So, we see how a social media presence can impact opportunities and we are helping to set Jaicey up for it versus it just being a “play thing” like with most teens.

Once opening the door we didn’t want to just throw it open and say “here you go!” We had to set some guidelines as well as some expectations. Giving a teen wide open access to anything may not be a good idea. Especially social media, which can have a major impact on their lives.

So we put together some terms of use. The terms included what we can expect of her in the way she uses it, and what she can expect of us in monitoring her use. We had her sign a contract. Having a contract was one of the things that caused us a delay in allowing her to begin using social media and carrying a phone.

Fortunately we didn’t have to create it from scratch. We just went to iMom.com and found some great contracts they had already taken the time to create. We downloaded them and had her sign a social media contract and cell phone contract. This gave her great guidelines, in writing, for her to refer to and to be held accountable. It makes it easy and clear on us and her. If she uses these tools according to our agreement, then she is good. But violate the agreement and consequences will follow.

And every contract says, in writing, that we have access to passwords and the ability to view any of it at all times, which every responsible parent should.

The above suggestions are enough to get you started and help you safely and responsibly introduce your kids to social media. But some of you may want some additional measures or info to help you. Recently I discovered a couple products and services that allow you another level of supervising and protecting your kids’ digital lives.

Teenology.com is a website that shares great info on digital safety for your teens. One of the products created by the people who started Teenology is TeenSafe. TeenSafe is an app allows you to monitor your kids digital lives from your computer. I was able to interview Ameeta Jain, co-founder of both the website and the app. I’ve posted the video below.

Allowing your kids to get started using social media doesn’t have to be a huge stress on you. Using the things I’ve suggested above can help ease the transition and allow you to safely and responsibly do it.  By doing so you’ll be able to guide and protect the ones who matter most.

Question: What concerns you most about your kids, technology, and this digital age we now live in?

Category: Parenting
Disclosure of Material Connection: Some of the links in the post above are “affiliate links.” This means if you click on the link and purchase the item, I will receive an affiliate commission. Regardless, I only recommend products or services I use personally and believe will add value to my readers. I am disclosing this in accordance with the Federal Trade Commission’s 16 CFR, Part 255: “Guides Concerning the Use of Endorsements and Testimonials in Advertising.” 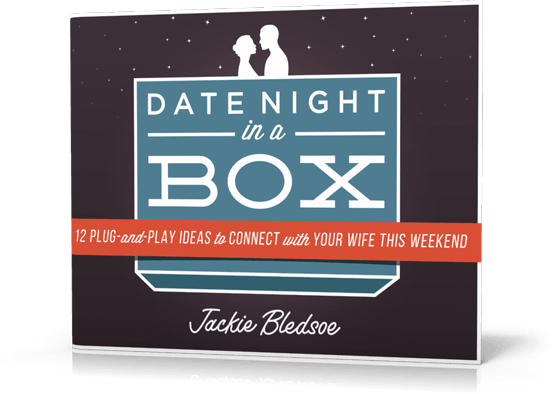